This has been a very popular morph lately (2009), and why would it not be. I am not sure who first produced Champagnes, but there was another very similar animal that was imported into Europe, and called a Puma ball. Either way, so far this morph is dominantly inherited, but a Homozygous form has not yet been produced, confirming incomplete dominance. They are characterized as a fairly patternless snake that has many orange undertones. They start to lose some of their bright orange as they age, and have varying amounts of striping or dots on the dorsum. Our animal was originally produced by Tom Carlton at Cypress Creek Reptiles, and was acquired from Jeremy Smith. She has a small chance of being a Het Hypo as well, and we will try to prove her out in the future. Her first mate is undetermined as of now. 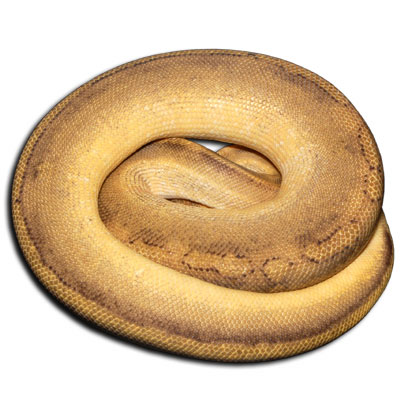 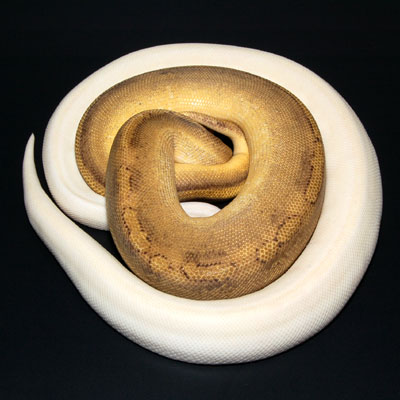 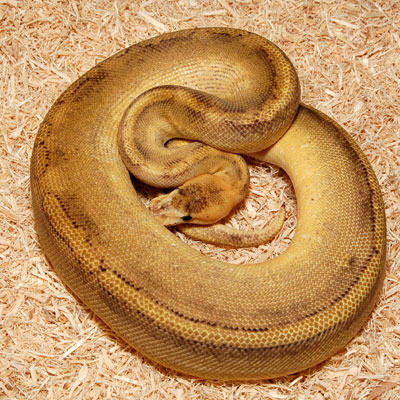 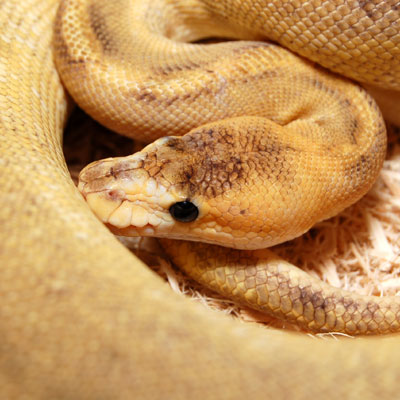