Genetic Stripe is a wonderful Recessive base mutation that was originally proven by Dave and Tracy at VPI in 1999. They actually bought a pair of Hets that were produced from an imported unproven genetic stripe by Mark Bell at Reptile Industries. It just so happens that VPI produced the Stripe before the Bells, but it makes for an interesting race. To date Genetic Stripes have been crossed with numerous mutations, and also seem to be stunning. They are characterized by a bright yellow dorsal stripe that is bordered by black lines. There is not really a clor difference from a wild type BallPython, and therefore are considered a pattern mutation. These animals over the years have proven to display perfect unbroken stripe, to Stripes that don’t even appear to resemble perfect stripes and everything in between. Some of them have clean, patternless sides, and some of them display pattern on the sides. Those intricacies are part of what make this morpoh so much fun. Our founding female came from Marshall Van Thorpe, and we plan on crossing her into someother stuff (I just don’t know what just yet). 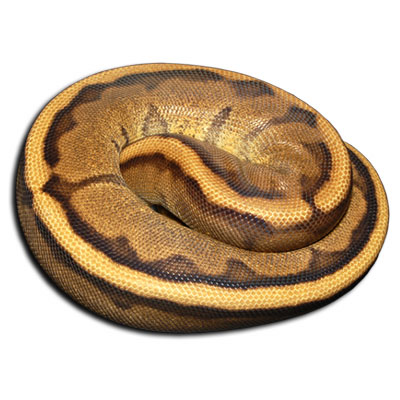 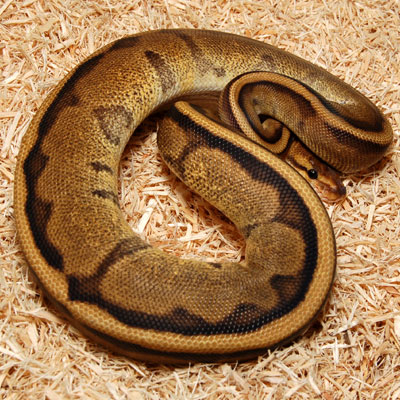