Lace Black Backs are typically black backed animals that have a lighter colored alien head as they age, and the black on the back generally turns a lighter brown color. They also will plenty times have “eye brows” above the alien eyes, as is commonly seen on Black Pastels. They were originally proven to be dominant and then co-dominant by Amir Soleymani. Amir has described the Super to me as an animal that falls somewhere between a Red Axanthic and a Super Lori ball. We received our founding male from Michael Cole at Ballroom Pythons South, and produced our first Lace Black Backs in 2009. At the moment, I only have plans to breed it into Pastels, and intend on shooting for the super when our females grow up. Our original male is pictured above with a BHB line Cinnamon male for color comparison (the Lace Black Back is on top). 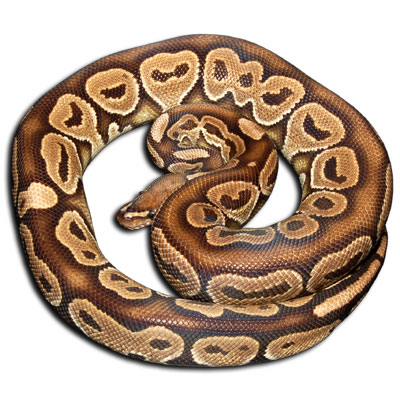 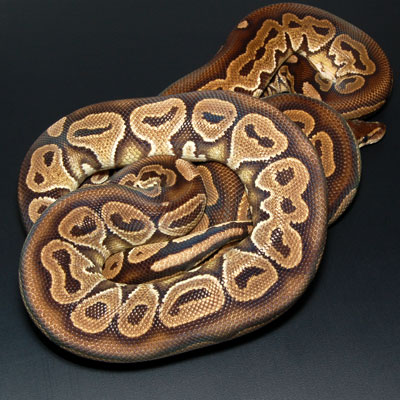 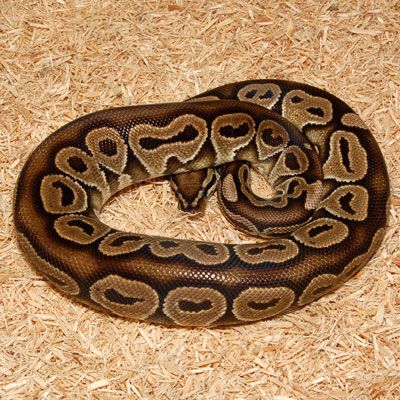 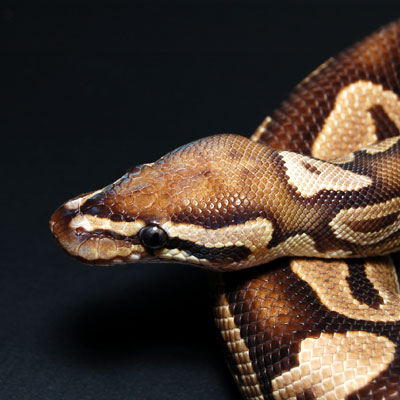