I got to see the first one of these ever hatch on the table in Daytona in 2004, and knew right then that I needed one. We were able to produce our first one in 2004, and he alkso happens to be Het for Hypo. This designer was first created jointly between NERD and Renaissance Reptiles in 2004. It is a dominant / co-dominant combination between the Spider gene and the Mojave gene. It is mostly dominated by the Spider pattern, but attains much of its high gold and bright coloration from the Mojave gene. We plan to attempt the Hypo Mojave Spider first when this guy breeds, but we also had him in with a Sterling female in 2010. A Mojave/Spider/Pastel/Cinnamon might look neat. We’ll just have to wait and see. 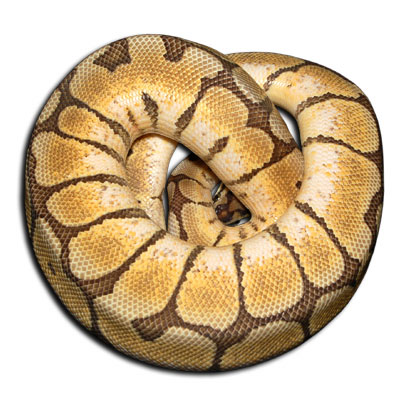 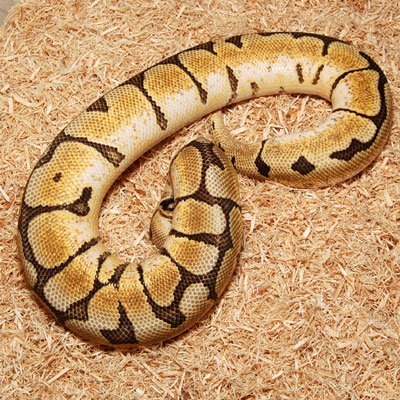 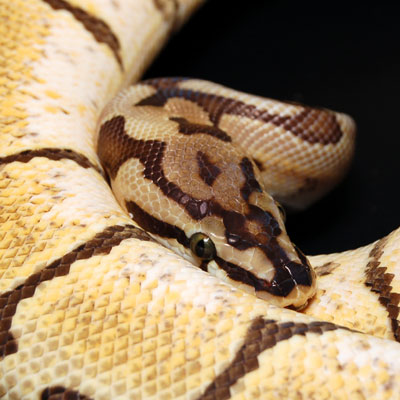 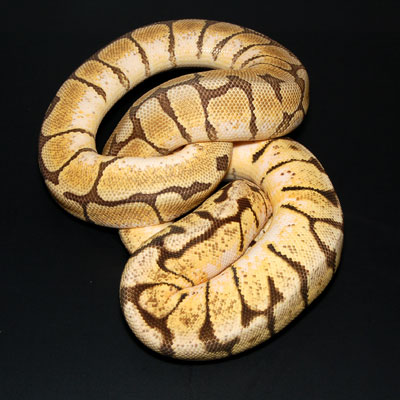