Here is another cool project animal. The Mystic was proven dominant in 2006 by Anthony McCain. To-date (2008) a Homozygoous form has not been produced, so wether or not this is a co-dominant mutation has yet to be proven. Many believe that this is another form of a Phantom, and could potentially produce a Super Phantom. Hopefully we will see in the near future. The Mystic is primarily a color morph, that gives the animal straw and black colors with the black being extreme black. The blushing near the belly and around the head and neck has almost a purplish hue. The heads are very washed out, and on most of the Mystics that I have seen, most of the alien heads are floating. Ours has a few floating alien heads, but not as many as is seen on other Mystics. We attempted to breed our Mystic in the 07/08 season, but even though he had great pene development, he was a bit small and did not do the deed. We have some fun crosses lined up for the 08/09 season, so stay tuned. We may even see some crosses out of the other holders of this project in 2008. 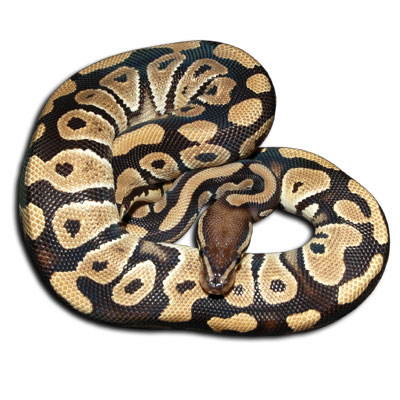 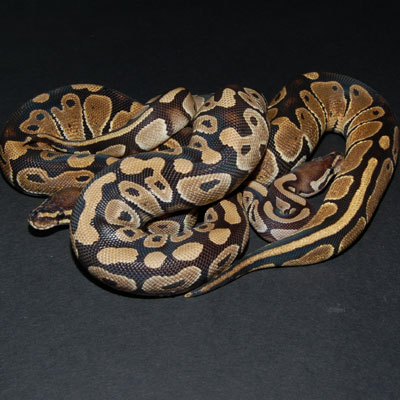 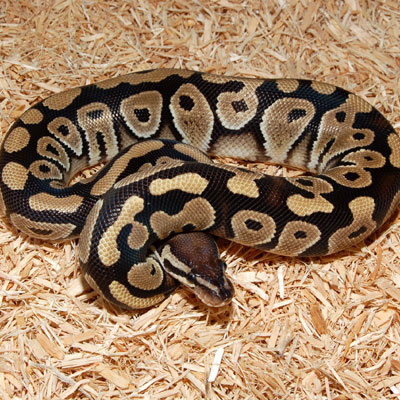 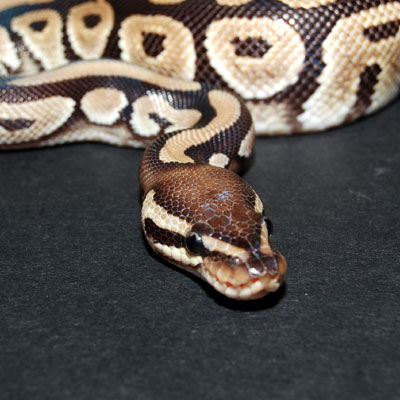