Being a lover of dark animals, how could I not have one of these. Proven domminant in 2002 by Eric Burkett, and co-dominant in 2005 again by Eric. This color mutation is similar to what has been known as hypermelanistic in the past. This is the first known hypermelanistic animal to prove inheritible. The overall appearance of this animal is a very dark animal with a black wash over it, believed to be caused by an excess of melanin(black pigment). The super form of this animal is very similar to the het. form, except that it is alot darker animal. We received our first Sable from Matt and Kim at North American Reptile Connection (N.A.R.C.). We hope to combine this trait with many other genetic traits, including Yellow Bellies, Pastels and Pinstripes. 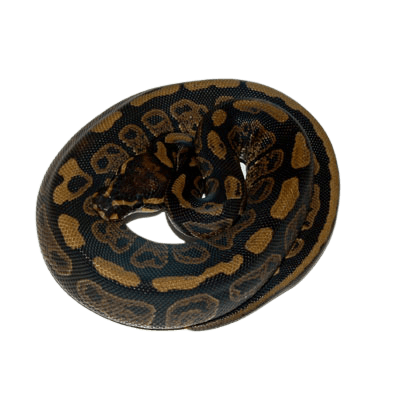 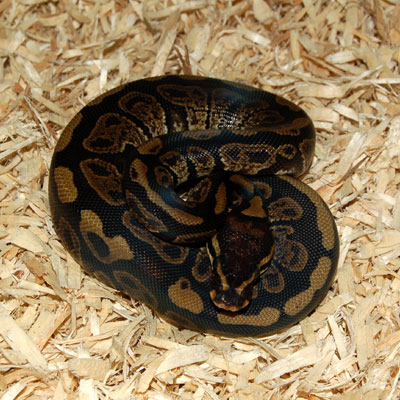 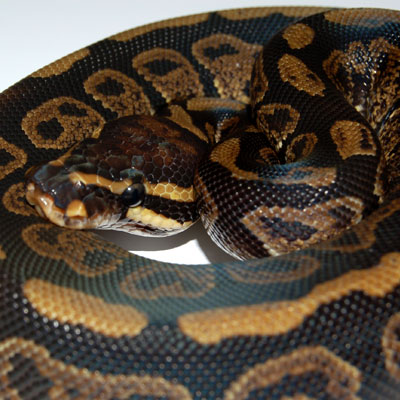