I have wanted one of these for awhile. I almost bought one from Tracy before she produced the first Powerball, but some other morphs were a bit more striking and I ended up investing in a Pinstripe in 2005 instead of a Spotnose. I don’t regret getting my Pinstripe, but I sure am happy to have finally been able to add a Spotnose to our collection. Proven domminant in 2001 by Dave and Tracy Barker of VPI, and co-dominant in 2005 again by the Barker’s. This mutation predominately affects the pattern, making for a very busy patterned animal, however, I find that most of them are a shade brighter than a wild type Ball Python. It is also know for a very aberrant head pattern. The original Spotnose received it’s name from the gold spot on the tip of the nose, but as more and more of these animals are produced, it is not known if that is a definitive marker for the trait, as many have been produced without the spot. The Powerball is the Homozygous form of this trait, and appears to be as busy as the Spotnose, however, it looks as if a Spotnose was “whitewashed” and the head pattern is less prevalent. Our first attempt at combining this trait is with a Pastel, and we will be holding back all of our first Spotnose females in an attempt to produce our own Powerballs. 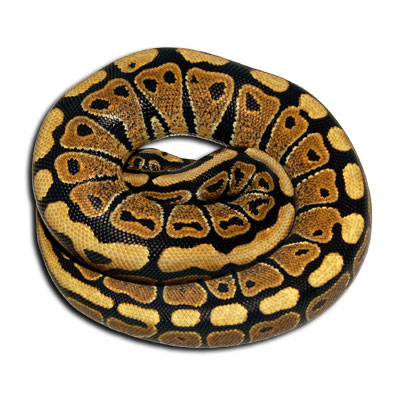 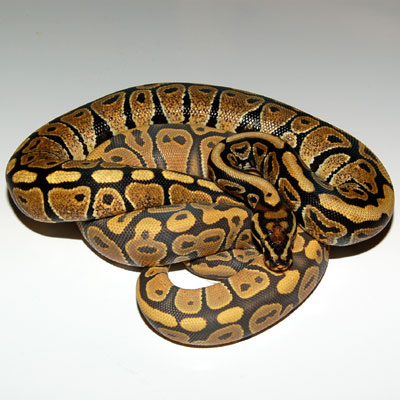 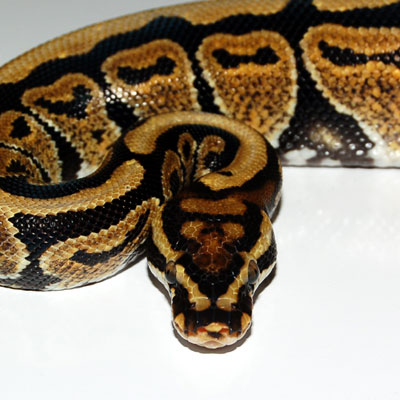