For the longest time an all white Ball Python was the pinnacle. Finally many different Leucistics emerged on the scene. The Super Mojave was one of them.
A blue eyed Leucistic, or BEL for short was finally hatched by Vin Russo in 2002. Super Mojaves were first produced the following year if memory serves me right. We wanted one of these from the first time we saw them. In 2008 we were finally able to hatch our very first BEL. It was a girl, but we’ll get a boy later. I was amazed to watch this snake emerge from the egg and grow, as it has way more color than I ever imagined. Far from a solid white snake. Most Super Mojaves do have very colorful heads ranging from deep purples to grey. I still don’t know what we will breed to this girl when she gets to size, but at least Monica can go look at the snake that she wanted for so long, whenever she wants. 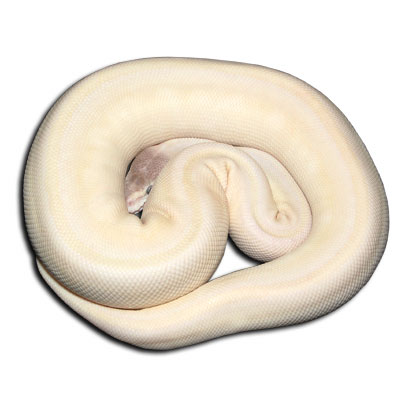 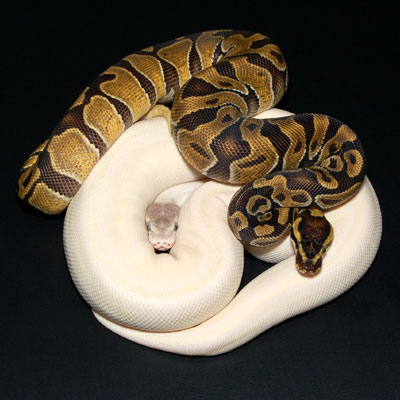 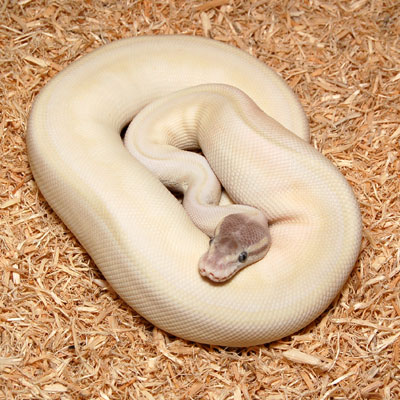 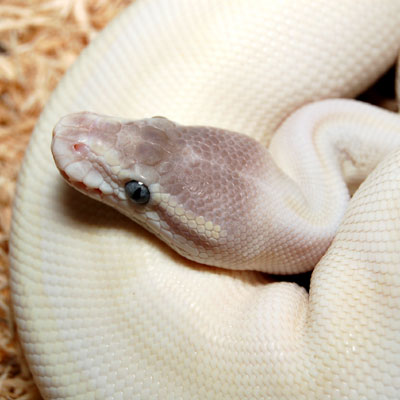