I have loved this morph since I first saw it. They are also known as Calicos or White-sided Ball python. White-sided is an excellent descriptive name, as they are pretty much characterized by varying degrees of white speckling on the sides. The rest of their pattern and color is farily normal. As babies, they can have a significant amount of orange and pink coloration, but this typically disappears as they age. The pink coloration on the sides of the animal as a baby generally converts to white as an adult. Our founding male comes from Vida Preciosa Intl., and is a direct descendant from Tracy’s original imported Sugar. The morph is considered to be a co-dominant mutation, after Morton Wright produced a Super Calico in 2008. We plan to use our male to start a Hypo Sugar project and an Axanthic Sugar project in 2010 and also would like to mix it with other co-doms, such as Enchi, Pastel and Pinstripes. There is still much left to be done with this mutation. 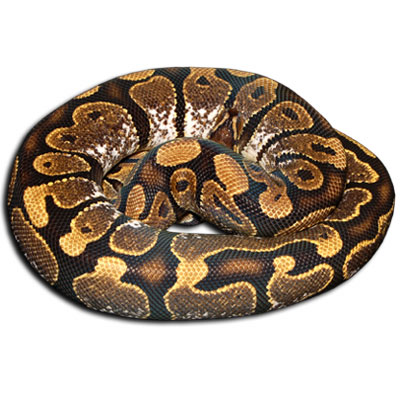 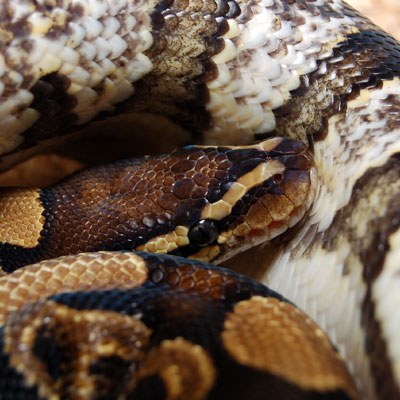 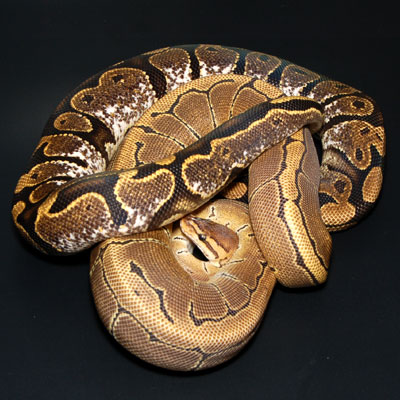 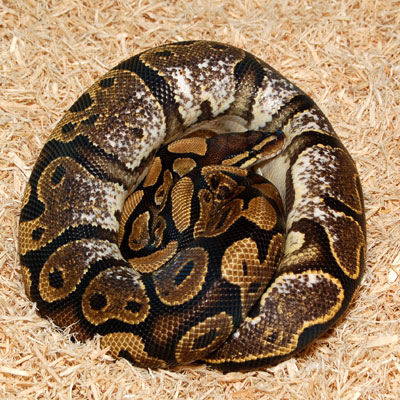