What a magical trait, hence the reason we named our male Pastel Yellow Belly, Merlin. A co-dominant trait with an unknown first producer of the Heterozygous form, and proven co-dominant in 2003 by The Snake Keeper, when they produced an Ivory. The Heterozygous form of this trait is a very subtle trait, that is characterized by vibrant colors, lots of blushing, especially in the form of flames on the sides and a very abberant, motled pattern along the belly scales. The homozygous form of this trait is a white snake with black eyes and a yellow stripe running down the dorsum. The Ivories also tend to have a fair amount of color on top of the head. This trait has proven to cross into other traits and create some amazing new, somewhat understood morphs such as the Ebony and Super Striper. Our founding male is a Pastel Yellow Belly acquired from Rodney Robertson, and our female came from Brian and Lori Barcyzk of BHB Enterprises. We have some cool plans for our male, so keep an eye out for some possibly wild animals in the future. 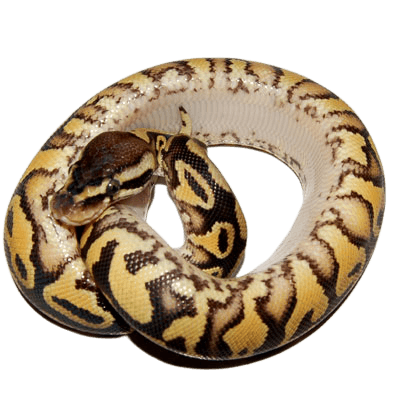 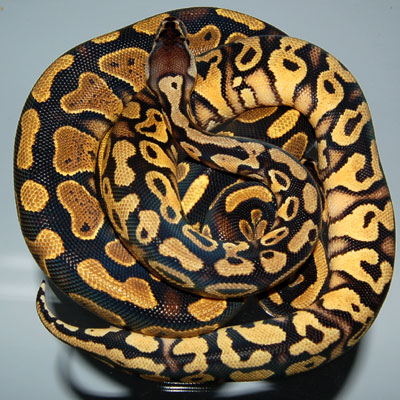 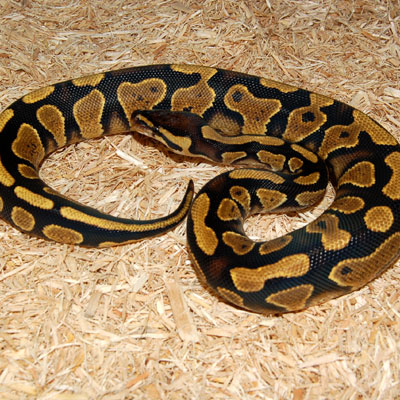 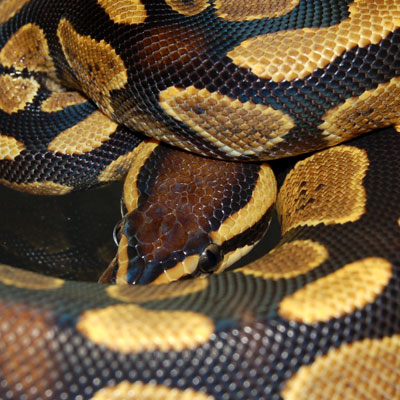